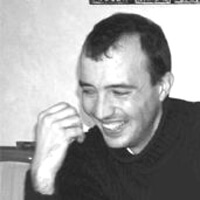 "Happy man, as Silvano, who superimposes colors, scratches his canvas and escapes to the long peaceful river of spiritual and creative evasion…"

Through his trips, meetings, doubts and certitudes, Silvano tries to sublimate a sentence he likes with his art: “ from contradiction comes progress”.

Contradiction appears from a mix of colors, a real fusion where voluptuous thoughts evaporate. His words fly from his unconscious mind like missiles, carried by the wind and the waves of his soul, then reach their virtual targets. The tormented relief of his artworks are the furrows that engrave with strength and spontaneity the mysteries of creation and unconsciousness. Not thinking, letting yourself go in a sweet euphoria, seeing the colors coming…and above all not seeing the meaning of things but their finality.
Italy, United-States, Corsica, the above and beyond, the mysticism, the spirituality… are his themes of predilection. Fast your seatbelt, have a nice trip !

From Marseille, France, settled in Pradet in the Var, he discovers diving very young. Its colors, beauty, the mysteries of this under water world are a revelation for him. This quiet world represents his departure point for an investigation of absolute, of spirituality and immoderate love for colors and contrasts. This is then the mix of these paradoxes between the chaotic urban and the magical under-water worlds that appear on his artworks. An attempt to conciliate chaos and tranquility, to find the middle point between these two worlds that haunt and fascinate him.